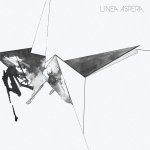 Dark Entries is proud to present the debut album of contemporary British
band Linea Aspera. Linea Aspera is the London duo of Ryan Ambridge
(Synths/Programming) and Alison Lewis (Vocals/Synths). They began the
project in November 2011, technically drawing inspiration from
electronic music from the early 1980s. Within the duo, Alison writes and
performs all vocal elements, while Ryan is responsible for the writing
and performing of the electronics, as well as recording and mixing of
the final recordings.
For their debut album they utilized small, simple analog synthesizer set
up: Roland SH-09, Roland Juno 6, Vermona DRM MKiii, Korg Poly 800 and
Analogue Solutions Semblance. Linea Aspera’s sound includes clear
influences from early electronic body music, classic synth-pop and, in
some instances, industrial and noise. Lyrically the band incorporates
the sciences of osteology, neuroscience, and anthropology weaving a new
medical language around themes of desire, despair and renewal. Linea
Aspera serve up an icebox of dark doom riding on Alison’s powerful
vocals with a soft but sharp touch.
All songs have been mastered for vinyl by George Horn at Fantasy Studios
in Berkeley. Each LP is housed in a specially designed jacket by Dovile
Shurpo and includes a full sized insert of all lyrics.