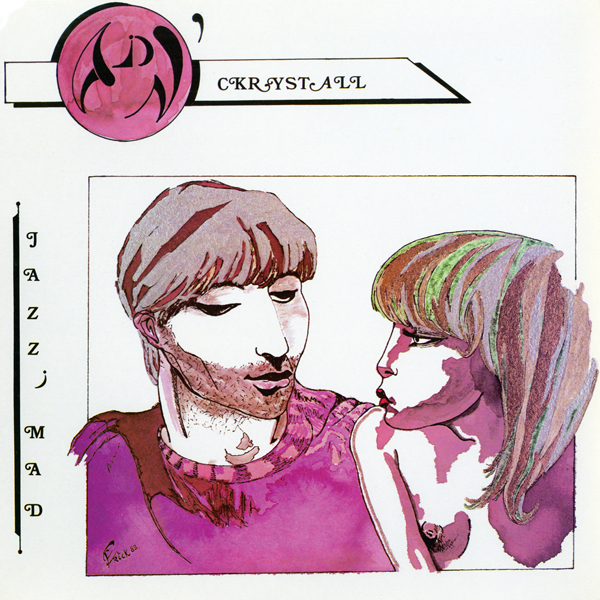 Dark Entries is excited to release the 30th anniversary edition of ADN’
Ckrystall’s debut album “Jazz’Mad.” ADN’ Ckrystall is the moniker of
synthesizer wizard Érick Moncollin from Tarbes, France. In 1977
Moncollin spent time in Paris experimenting with synthesizers, jamming
alongside composers Vangelis and Tim Blake. It was here that he obtained
a prototype of the Korg MS-20, a legendary synthesizer. While attending
art school in Tolouse, Érick met Benoit Hutin, who offered a studio for
the recording of the “Jazz’Mad” album. The entire album was recorded
over a 4 day period in 1980. The sound of “Jazz’Mad” revolves around the
synthesizer, utilizing the instrument to all its capacities. ADN was
Influenced by New Wave bands that incorporated keyboards into their
songs like Gary Numan/Tubeway Army, and Simple Minds, as well as Prog
Rock and Krautrock bands such as Hawkwind, Heldon, Gong, and Neu!. The
result is an unconventional and discordant conglomeration of
synthesizers, drum machines, and vocals that cradle the edge of the
brain. Most of the songs are long instrumental pieces but when Érick
sings his lyrics favor love, drugs, and science fiction themes.
All songs have been remastered for vinyl by George Horn at Fantasy
Studios in Berkeley directly from the original master tapes. Each LP
comes in an exact replica of the original jacket with paintings and
illustrations designed by the band. This 30th anniversary edition also
includes a zine filled with unreleased photos, original artwork and
lyrics. WE ALL ARE MADE OF ADN’ CKRYSTALL.