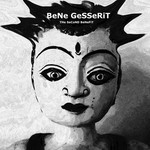 All copies come with a photograph (9 versions) and an original
drawing with Insane stamp by BeNe GeSSeRiT, each one is different.

These three tracks have previously never been released.


"Old Side" recorded and mixed in the early 80s at "The Cave", Fontaine L'évêque and at "The Room", Nivelles.