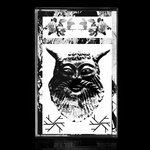 Lakes take on the neo-folk paradigm takes the cues from the post-punk roots of the genre; pounding, militaristic percussions, hammering guitars and commandeering vocals, but instill it with the truly archaic feeling of european ur-folk. It’s no secret that Lakes have been a favorite of Beläten’s for a long long time, so it’s with great honor we present this live recording captured on the edge of summer solstice 2014 e.v. at Bus Project, Melbourne. We’re treated to a largely acoustic set of perennial favourites culled from the output of the last several years, as well as a large portion of brand new material slated for inclusion on the forthcoming studio LP on Beläten.