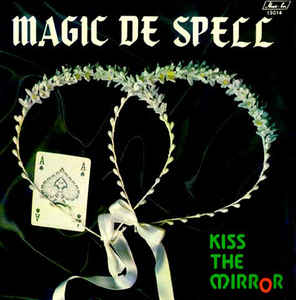 Recorded & remixed at Master Sound Studios during December '83.The video clip of the song " Valse " was broadcasted by MTV in 1985.Remastered at "Snakefarm" studios during July 2015."Desire" is the first "long" version. It was intended to be included in the original 1984 edition, but left out at the last minute.300 hand-numbered copies edition. Includes 2 postcards. The first is an actual replica of the 1984 live gig promotional flyer at “Akadimos” theatre and the second a promotional photo of the band from that era.- 150 copies on black vinyl.- 150 copies on clear transparent vinyl (this).