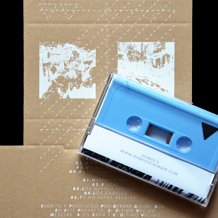 For Gerard Alegre Dòria, true music had always been in the black piece
of furniture in his parents’ home, in those shining vynils and those
silver and black cds of the nineties.

In 2011 he decided that he wanted to make true songs, so he was carried
along, with no complexes, by the greatest sounds and romanticism that he
had ever heard. The crystalline electric guitars, full of spatial
effects, shameless synthesizers and the voices in a huge cave became key
elements to make EL ÚLTIMO VECINO.